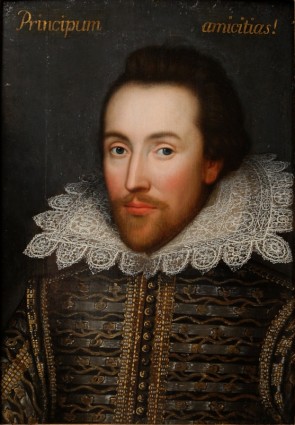 Shakespeare with a Steampunk Twist

Shakespeare will forever be known as one of the greatest playwrights of all time. He wrote in the language of love, a language in which some would say that we are not too familiar with anymore. He was so influential that the period of time between 1564-1616 is known to us now as the Shakespearean Era. To this day, we are still reading works that he created, and reenacting that plays produced. One of those plays, Hamlet, is properly reproduced with a steampunk twist.

Hamlet, for those of you who weren’t keen on reading British Literature in high school, is about a prince named Hamlet. When his father died, his mother remarried a man named Claudius, who also happens to be Hamlet’s uncle. Hamlet is in love with a woman named Ophelia, but they cannot marry since she is not of royal blood. One day, the ghost of Hamlet’s father appears, and tells Hamlet that his brother, Claudius, poisoned him. Outraged, Hamlet seeks revenge and ends up accidentally killing Ophelia’s father Polonius, which causes Ophelia to drown herself. Laertes, Ophelia’s brother, and Claudius plot to kill Hamlet by both poisoning the wine and the blade of Laertes’ sword. However, it is the queen who drinks the wine, and falls dead. Laertes manages to slice Hamlet’s arm, but he manages to kill Laertes and Claudius before he realizing that he himself is poisoned. Like most of Shakespeare’s plays, all of the characters die in the end.

The steampunk version of Hamlet follows the same general concept Shakespeare created, but it is based primarily in the Victorian Era. The actors’ costumes mainly include steampunk clothes, jewelry and masks, giving the play the feel it needs. For example, black clothing and boots give Hamlet a futuristic yet dashing look – however, when he’s not looking daring in black, he dons on a gold Victorian mask. Rosencrantz and Guildenstern, two of the play’s comic reliefs, are dressed in over-the-top steampunk attire, with one wearing a safari helmet and the other a pilot’s cap with ear phones. The ghost in the play, Hamlet’s father, wears a Dark Vader-inspired mask, which distorts his voice.

Steampunk fashion can be very versatile for both everyday wear, and the not-so-everyday. With different steampunk accessories available, you can turn just about anything from traditional into fantasy, science fiction, horror and steam-aged fashion. If you can turn a traditional masterpiece, one that has been around for over 412 years, and successfully make it steampunk, I believe that you can turn everything into steampunk-inspired marvel. The play in itself has great reviews, and there are many different versions of a steampunk Hamlet – one of which includes a female playing the lead role as Hamlet!