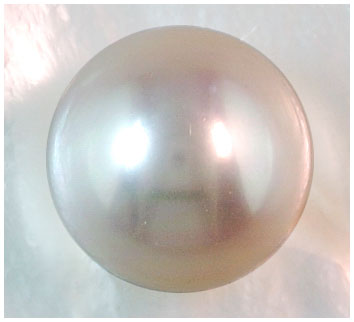 A Victorian Lady’s Guide to Gems

In the Victorian era ladies didn’t just choose gems for their looks. The Victorians loved to show their wealth, but they also loved symbolism, and each gem had a particular meaning or purpose. Here’s a peek into the secret language of some popular gems in Victorian jewelry.

A pearl could have two meanings and they were as different as night and day. With its small delicate shape, and soft shine, a pearl could symbolize tears. Pearls were very popular in mourning jewelry, particularly in necklaces and brooches. On the other end of the spectrum the pearl also symbolized innocence and purity. In a time when proper, unmarried, young ladies were discouraged from wearing large or splendid pieces of jewelry, the delicate, snow white pearl was deemed appropriate and used in earrings, pendants, and hair ornaments for special occasions.

Prince Albert gave Queen Victoria an emerald ring to celebrate their engagement and it is considered to be the very first Victorian engagement ring. The ring was a snake with an emerald-set head. The snake was a symbol of eternal love and emerald was her birthstone. The gesture of love behind the ring, and its place at the start of a new union, led to the emerald symbolizing hope to the Victorians. It also became the go-to stone for the new engagement ring craze.

Buyer beware, this color-changing stone has always been shrouded in mystery. Initially an opal was considered good luck if the wearer was born in October, as it was their birthstone. Over time it became bad luck to wear it in any other circumstance. Eventually it was believed opals had dark magical properties and would bring catastrophe to any wearer. It became so unpopular that it was barely used, and if it was only in mourning jewelry, furthering its bad reputation. However, Queen Victoria herself loved the gem so much she set out to break the superstitious notion and started wearing them publicly. The rest of the country followed suit and by the late Victorian period it was used in far more jewelry designs.

This member of the quartz family was a sought after gem. Aside from its dazzling purple color the Victorians held the same notion as ancient peoples that this particular gem had magical properties to soothe a troubled mind. An amethyst was said to have a calming effect and could settle restlessness, increase patience, and battle addictions. They also believed it could unlock hidden intelligence and inspire great thoughts or ideas. The image of the repressed Victorian could explain why these gems were so in demand. The gem also symbolized devotion, making it a popular gem to give between couples.

A diamond is forever, and the Victorians knew it. Though not as popular as an engagement stone, this gem was still an extravagant gift as it was available only to the very wealthy and elite. The diamond symbolized constancy, and therefore it was only deemed proper for married women “of a certain” age to wear diamonds. The reason being they had earned it by showing their constancy.